Study Shows That Neighborhoods With More Dogs Have Less Crime!

Most of us are already aware of just how much a dog can enrich your life. Our canine companions can certainly improve our mental health, and it turns out they can also make our communities safer!

A recent study from Ohio State University has discovered that neighborhoods with more dogs have lower crime rates. Some may assume that this just refers to homes with intimidating pups, but there’s much more to it.

It appears that the simple presence of dogs in a neighborhood makes it a less desirable area to target. They believe this is due to more eyes being on the ground, but let’s explain their findings in detail.

“What’s involved is the people who are walking their dogs in the neighborhood. They become almost like a neighborhood watch.” – Glenn Rogers, dog trainer

When a community is filled with furry friends, this means that many pet parents will be walking their dogs at all hours of the day. Some of these walks may be predictable and routine, while others will vary from day to day. Frequent foot traffic of both dogs and their parents makes potential criminals nervous. Not only do these daily walks put more eyes on the ground, but they also allow neighbors to get to know each other and stay updated on local goings-on. This even forms a higher level of trust within the community, and neighborhoods with higher levels of trust appear to have lower crime rates as well.

“When people are out walking their dogs, they have conversations, they pet each other’s dogs. Sometimes they know the dog’s name and not even the owners’ names. They learn what’s going on and can spot potential problems.” – Nicolo Pinchak, lead author of the study at Ohio State

And of course, a potential invader will likely target homes that they know to be dog-free. Not only do they risk being harmed by the dog when they break in, but the dogs will likely bark and alert their owner to the crime. 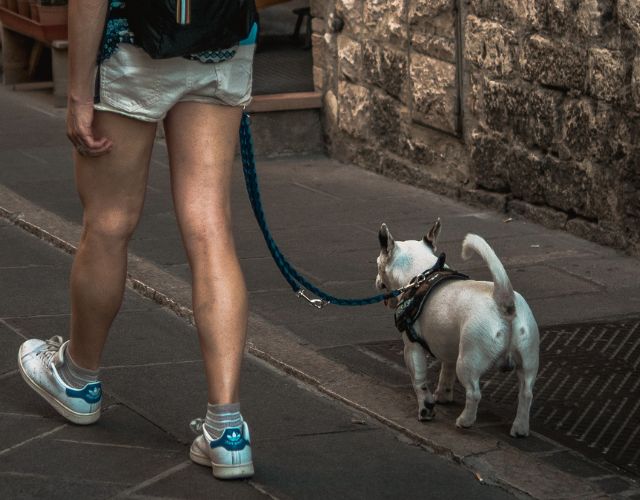 The study showed that neighborhoods with a large number of dogs had two-thirds of the standard robbery rate in surrounding areas and close to half of the homicide numbers as well. They measured these numbers with many varying factors as well, but it was clear that the presence of dogs is always beneficial for safety.

We didn’t need to be convinced on how beneficial dogs can be for our family, but now the numbers prove it. Our canine friends provide so much value to our lives!

What does the Queen feed her Corgis, Dorgi, and Cocker Spaniel? (2022)

9 Tips For Flying With A Pet

What Are The Easiest Dogs To Travel With?

When is it the Right Time to Buy a Dog Wheelchair?

10 Gift Ideas For Women Who Travel