Over 80 million Americans are assisted by service animals. The help these trained animals offer makes a HUGE difference in the lives of those with disabilities. In many cases, these fearless companions enable their owners to live an active, enjoyable lifestyle despite their personal handicaps.

According to the Americans with Disabilities Act, service animals have every right and permission to occupy the same physical space as their owners. This means that, so long as they are on duty, service animals are allowed in bars, restaurants, hotels, and more.

Any business owner or employee who refuses to let a service animal in their building violates this act and may be subject to legal trouble. However, despite the ADA’s clear regulations, many businesses refuse service animals daily. There is an ongoing war for the rights of Americans with disabilities.

A Jacksonville woman has begun her own voyage for justice following a surprising series of events. During a visit to a Cold Stone Creamery in Jacksonville, Florida, Porsha Kennon was shocked and dismayed by the staff’s treatment of her service dog.

The pair were greeted with hostility and raised voices. Then, they were blatantly refused entry to the shop. According to Kennon, this type of aggressive mistreatment is an outright assault on her rights as a person with disabilities.

This is not the first conflict that Kennon has experienced with the world-famous creamery, despite their claims of inclusivity:

“Cold Stone Creamery always strives to provide the best customer experience to everyone who visits our brand’s stores. Providing a professional and safe environment to all customers and employees is a top priority,” said a representative of the ice cream chain. “Our brand’s unwavering commitment to the communities we serve helps make Cold Stone Creamery the ultimate ice cream experience for everybody.” 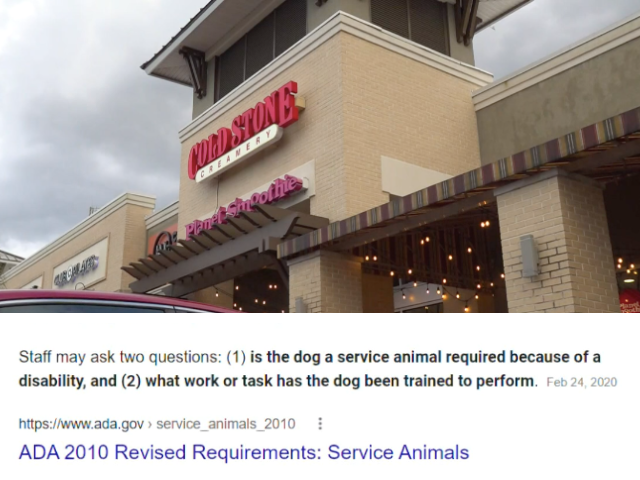 According to the Americans with Disabilities Act, restaurant and store owners are permitted to ask owners of service animals only two specific questions:

1) Is this animal a trained service animal?

2) What service is your animal trained to provide?

If business owners venture to ask for any further details, they are at risk of exposing themselves to a lawsuit for ignoring federal guidelines:

“You can’t even ask people what their disability is, where their animal was certified because it exposes you to a lawsuit,” says attorney John Phillips. 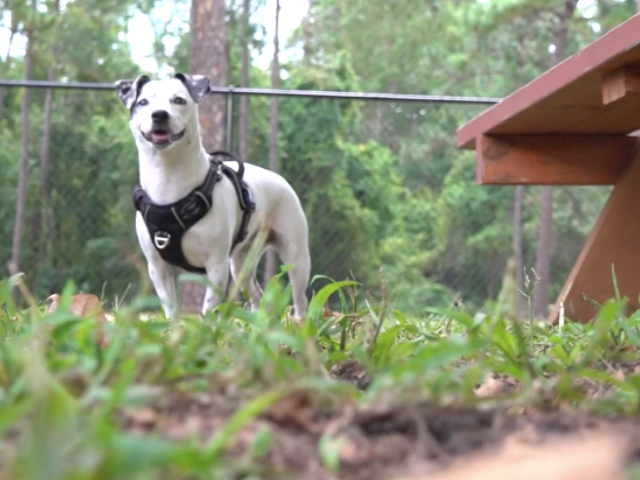 Kennon explains that the hostile treatment she received at this establishment caught her off guard, leaving her to feel defenseless:

“On our initial visit, we got yelled at, and I was so taken back,” said Kennon. “I didn’t really advocate for myself.”

The battle to protect the rights of those with service animals is ongoing. Earlier this year, a London man had a similar incident occur when attempting to bring his service animal into a local grocery store. Fortunately, both owners have since used their exposure to fight for the rights of others in their community.

Kennon hopes that the national attention her situation has received will encourage people, especially those with disabilities, to stand up for themselves:

“If you’re shy, I understand that but know that you have the right to exist and occupy space,” said Kennon.

These Five States Have The Country’s Most Spoiled Dogs!